Method: Samples of clear acrylic placed in the center of the cut bed and the laser was focused to the surface of the material. Half inch squares were cut out of the material using different combinations of laser power and speed, and the setting shown below were determined by the cutout with the least about of damage done to the remaining material. Kerfs were measured by using digital calipers.

The above experimental values were charted and found that cut power was roughly exponential with thickness. 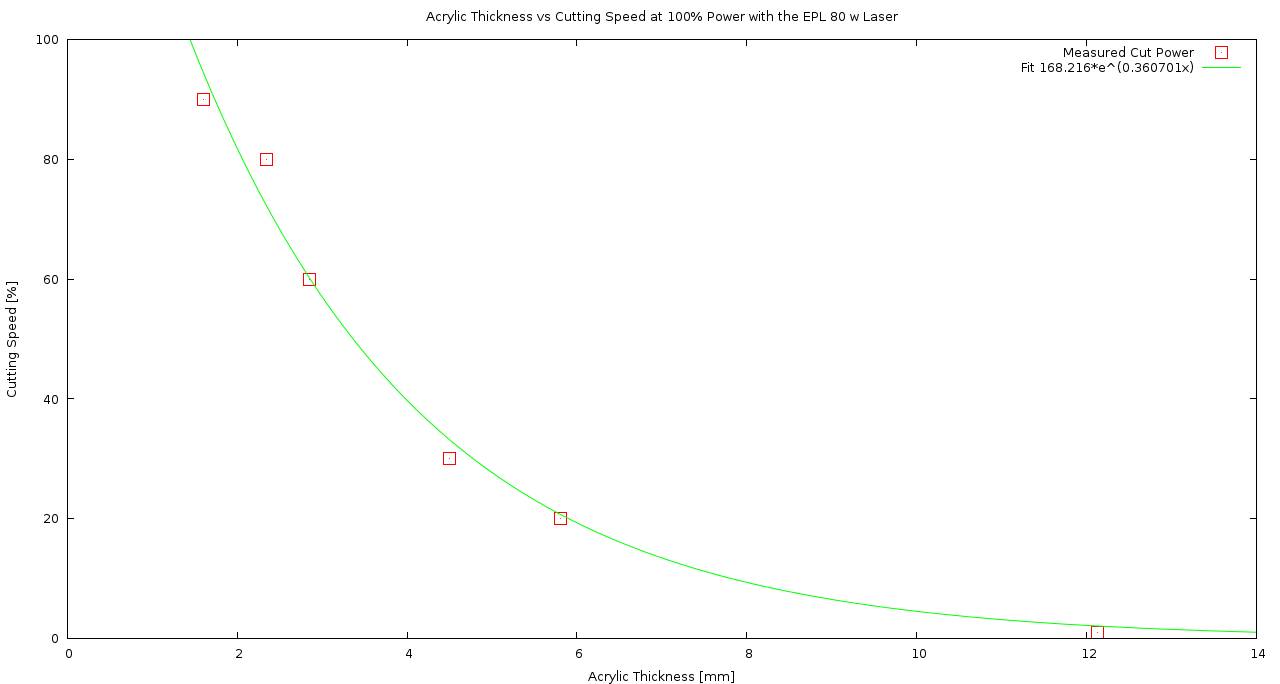 The fit curve is found to be:

It is possible to cut channels by varying the laser power and focus. 80% power gives v-shaped channel about halfway through 1/8” acrylic when the laser is moved up a little bit from focused. 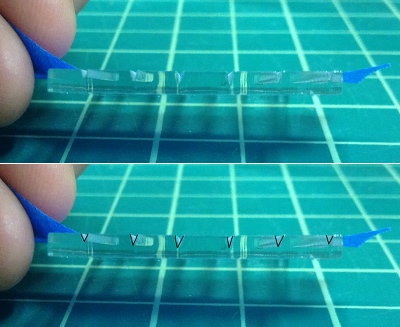 Several channels were cut in 1/8” acrylic with 59mm, 60mm, and 61mm focus depth, and the approximate depths and widths were measured using calipers. I wouldn’t trust these values too far.

Method: Samples of bamboo plywood placed in the center of the cut bed and the laser was focused to roughly half their thickness using the 58 mm focus key. One inch cut lines were made at 100% current and 100% power with the speed reduced until a clean cut was made. Kerfs were estimated using the graduated loupe.

Method: Bamboo was placed on the bed and focused to the surface height. A series of 1/4 inch squares were cut at 500 dpi and varying powers/speeds. Gradients were also created for different dpis and halftoning methods. 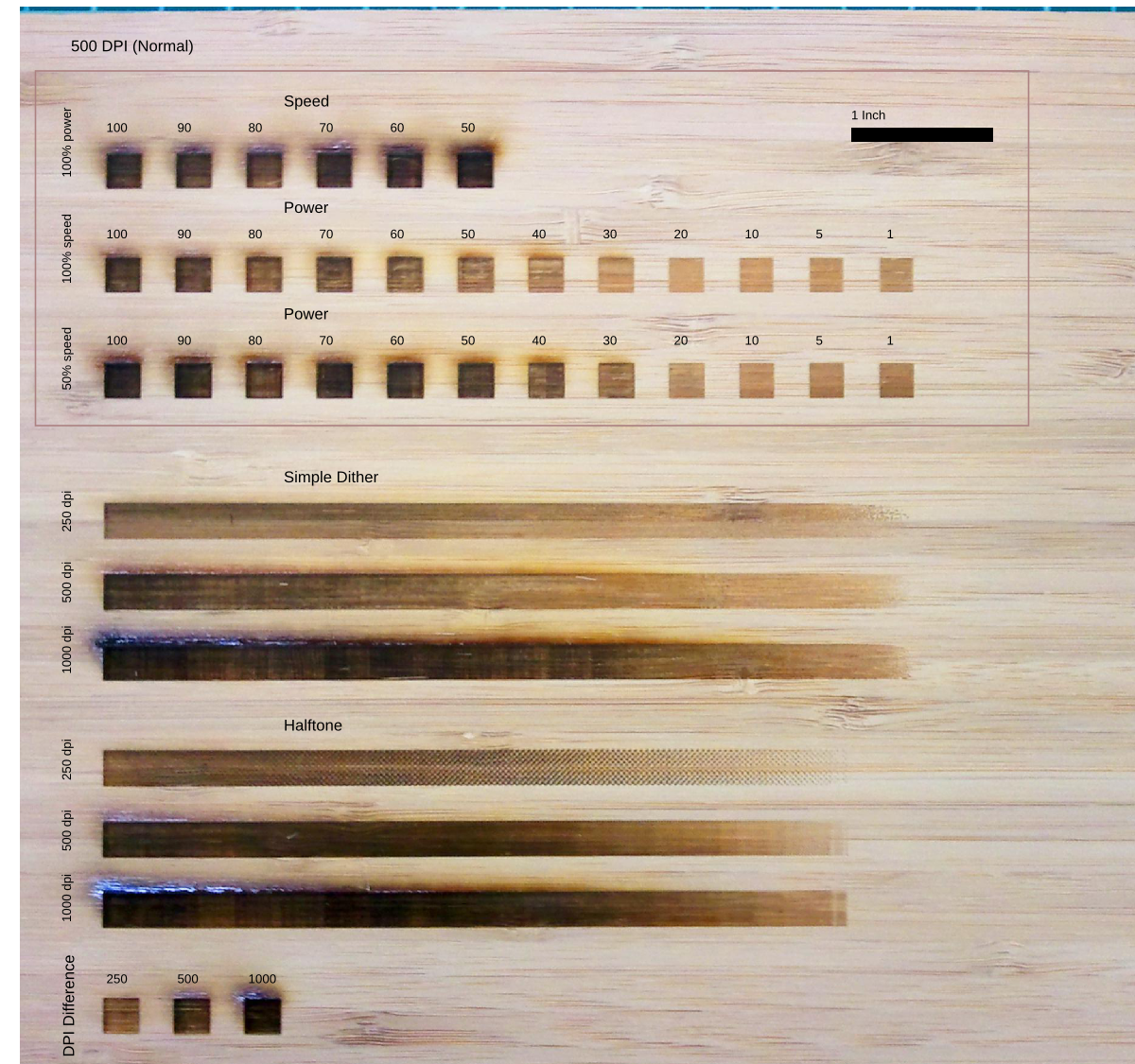 Method: Sheet of kapton film was placed on bed and focused. A series of tests of various powers and speeds were performed.

The kapton is considered next to its source file. 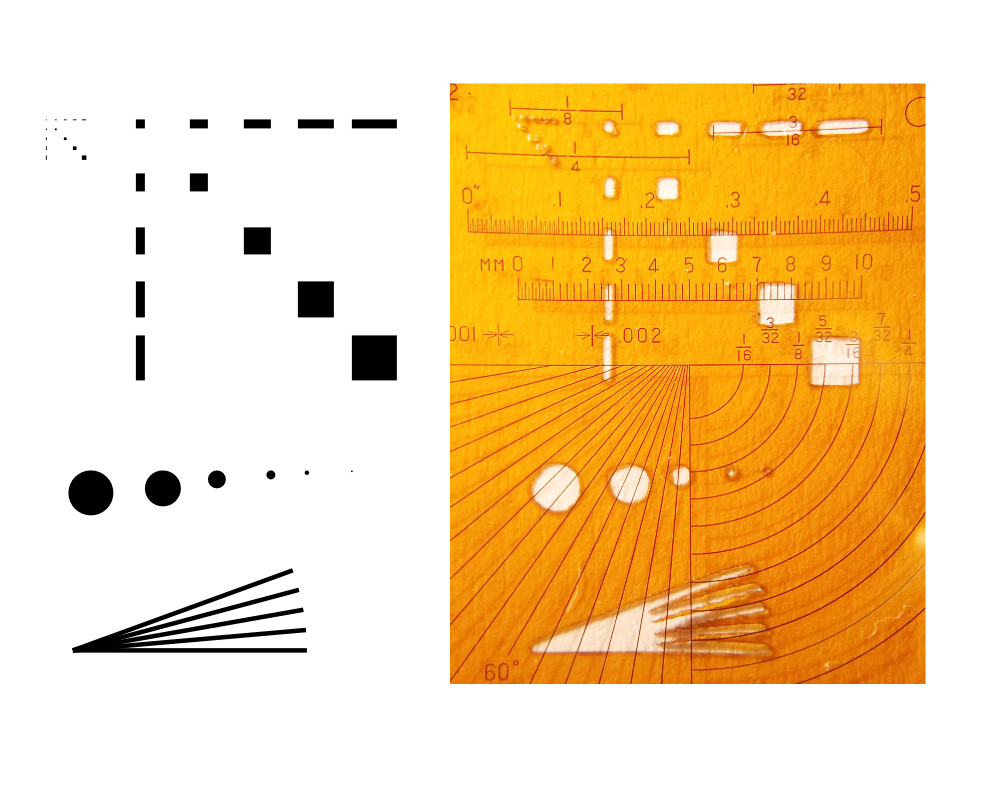 Gravoply Laser is a 2-layer bonded acrylic, with a top layer that is etched away to reveal the bottom layer. This is useful for signage, machine UI panels, labels and a variety of other applications.

Can be purchased online here: http://www.gravostore.com/ 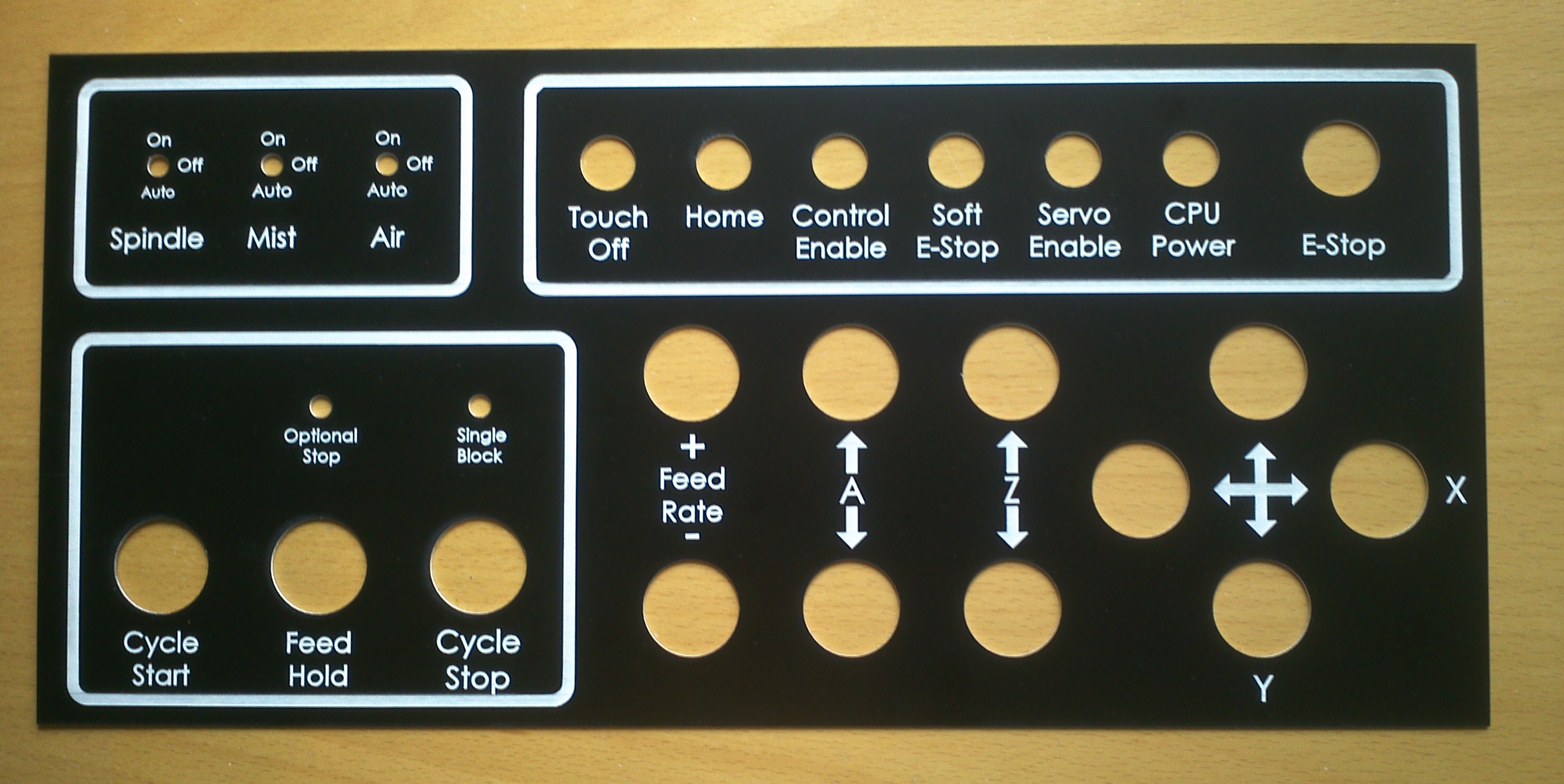 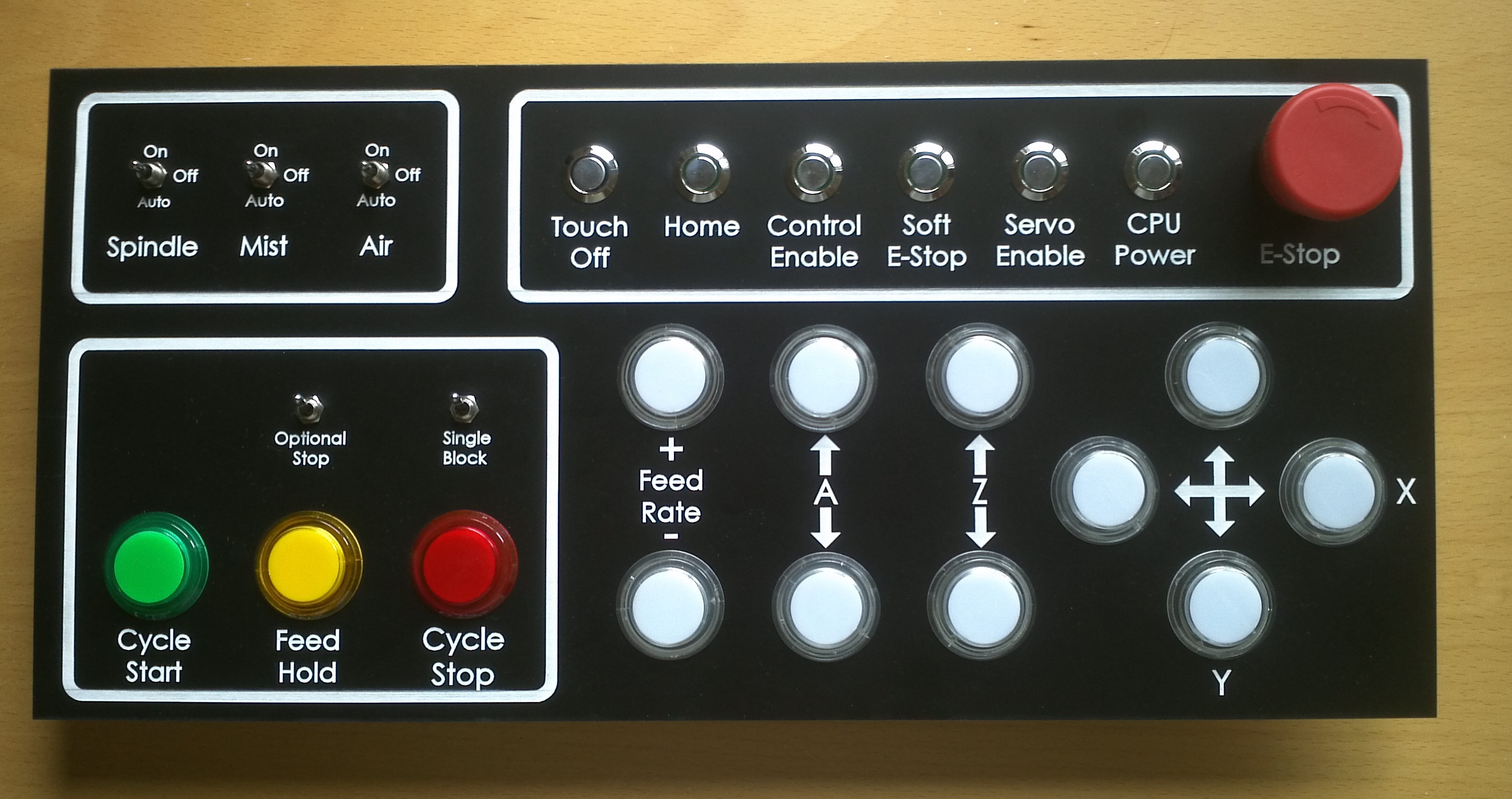 Prepare circuit board with solder mask. Use rubber cement to glue down a piece of plain office paper.

Then paint through the holes. Let dry then lift off paper.